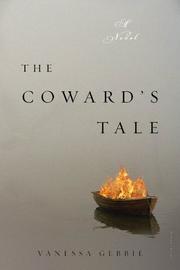 A 9-year-old boy named Laddy comes to town to stay with his grandmother while his parents hash out their divorce. Laddy befriends the local beggar-cum-storyteller Ianto Jenkins. The obvious framing device works because Laddy is so forlornly endearing as he threads through the lives of the townspeople whose stories Ianto tells. The shop teacher Icarus was saddled by his father with an impossible ambition he still pursues: to create a feather out of wood. Jimmy "Half" Harris was born to an unwed mother and left by his grandmother to die outside in the cold; he survived but his more fortunate twin Matty, raised by the grandmother and now working at the bank, refuses to acknowledge they are brothers. Deputy librarian Factual Philips has spent his life avoiding play but finds comfort in detective stories. For the price of a coffee or a bit to eat, Ianto tells how a character, say Tutt the Undertaker or Baker Bowen the chiropodist, or Nathan the piano tuner, can trace his situation or idiosyncrasy back to the death of an ancestor during the Kindly Light mine disaster years before. But Ianto’s stories only go so far before the characters take over. Icarus builds a boat. Jimmy Half Harris wins back Matty’s love and support when he catches a fish. Factual uses his detective skills to help Tutt. Nathan learns how to love thanks to the pub keeper’s wife. Meanwhile Ianto slowly unspools his own tale of guilt; although a child new to mining at the time, he has always blamed himself for the mine’s collapse and for his adored younger brother’s death.