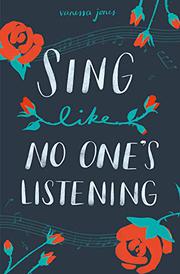 Nettie is a singer—although she currently can’t produce a single note.

Despite a disastrous audition, Nettie is accepted by the prestigious Duke’s Academy of Performing Arts in London’s West End. Her famous mother, who trained there as a ballerina, passed away suddenly a year ago, leaving Nettie’s emotions raw. After a horrendous first day that includes bullying from an older student and cruel public abuse from an elder ballet teacher, she stops in an empty studio, where she surprises herself by being able to sing a song her mother liked. Then she realizes she’s not alone; someone’s playing piano, hidden by a partition. Shocked, Nettie runs out, leaving the identity of her accompanist a mystery. As she settles in, Nettie collects a dramatic group of friends, including two gay boys and a bi-curious girl who struggles with body issues and disordered eating; Nettie does her best to support her. Getting to know an attractive guitar player and private voice lessons that help her work through her psychological triggers take up the rest of Nettie’s time. Anglophiles, music and theater nerds, and those looking for some classic will-they-won’t-they romance will all find something to enjoy here. Jones writes her subject matter authentically, with obvious passion to balance the professional arts’ not-so-pretty struggles. Most characters are white although there is some ethnic diversity in the cast.

A touching portrait of healing after loss.