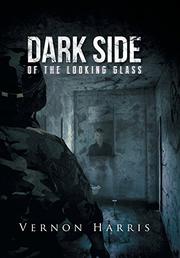 Dark Side of the Looking Glass

Harris’ debut novel presents an intriguing take on time travel, as a man in a coma travels back to 1965, inhabiting the body of an American soldier in the midst of the Vietnam War.
It’s 1995, and Sam Michael, who never served in Vietnam but is haunted by horrible dreams of it, has a brother, James, who’s still missing in action. The night of Sam’s 50th birthday party, John Strawder, who served the same time as James, tells Sam a bizarre story about a battle in which a black soldier named Will Lee Waters told him details about his past and future that Waters couldn’t possibly know. Wounded, Strawder was rescued by a strange Air Force colonel named Gabriel. The night of the party, Sam is struck by a car and falls into a coma. The dreams begin as usual, but he plunges ever deeper, finally awakening to reality as Waters in 1965 Vietnam. There, he begins a search for his missing brother. Meanwhile, readers learn that his brother was recruited into a highly secret undercover operation, where he goes by the name Jack Gabriel. While the unique plot is a solid page-turner with vividly written action scenes, most of the writing needs tightening and is filled with annoying lists of questions characters constantly ask themselves. “Why is fate treating me like this? Why have I been brought so close to James more than once, but could not reach him? How will I ever find out what really happened to my brother?” Additionally, Harris ascribes the dreams to an incubus, traditionally a male demon who sexually attacks female sleepers. But this minor confusion of incubi and succubi (the female equivalent) is rendered moot, since, far from being demonic, Sam’s journey to find James becomes a spiritual quest that some characters even deem to be ordained by God. Still, the well-crafted story will appeal to fans of sci-fi and military drama.
A creative, suspenseful time-travel tale laced with historical detail from the Vietnam era.