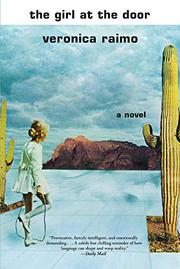 THE GIRL AT THE DOOR

In an intentional utopian community on an island, a couple deals with the consequences of a sexual accusation.

“Having an affair with a student is never a good idea,” ruminates the character known only as Him in Italian author Raimo’s first novel to be published in the U.S. But, he continues, “it was statistically almost impossible not to.” This professor’s pregnant live-in girlfriend, known as Her, has been visited by a girl carrying a letter addressed to the man they have in common. It is an official accusation of repeated rape and sexual violence occurring two years ago, resulting in “TRAUMA no. 215.” The girl explains that she didn’t realize she was being abused at the time. The novel’s mockery of this situation is embedded in a larger sendup of politically correct culture and values, concentrated in an imaginary island called Miden. Created after “the Crash” in the unnamed home country of the protagonists (hint: they eat tiramisu and spaghetti), “the Crash had brought whole countries to their knees, whereas Miden emerged from the deep waters with the splendor of a Venus.” Miden is organized by Commissions, in which everyone must participate; both protagonists belong to Organic Pesticides. Diminutives and pet names have been outlawed to prevent women “from being harangued in an untoward or debasing way,” and since dressing in layers is required by law, most women wear “handmade raw wool sweaters in Miden colors.” When some audacious students print up white T-shirts with the slogan “WE’RE ALL PERPETRATORS,” these are soon joined by “WE ARE ALL TREES,” “WE ARE ALL OBLIQUE,” and “WE ARE ALL CHAIRS.” As the professor’s friends and associates submit questionnaires to be used at his trial, the couple suffers under the strain. A flowered orange poncho given her by a chromotherapist friend doesn’t help the pregnant woman, whose insomnia has become “almost ideological.” The verdict looms.