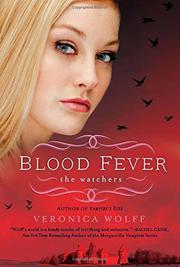 From the Watchers series, volume 3

This third installment in Wolff's Watchers series maintains snappy dialogue and a zippy pace despite a seemingly grim set of circumstances.

Readers new to the series are caught up almost comprehensively and without distracting infodumps. Reintroduced to the Isle of Night, where a remote, secretive training academy teaches boys to be vampires and girls to be Watchers, readers reacquaint themselves with Acari Drew, who has recently, illicitly bonded with centuries-old Scottish vampire Carden McCloud by drinking his blood. Although there is plenty of the chaste-but-erotic tension for which teen-vampire romances are infamous, the more central plot is a mystery: Around the Isle, girls are turning up drained of blood, and Carden is a suspect. Drew's clandestine investigation is action-packed and fraught with peril, and a subplot involving her new roommate develops engagingly. Drew is a capable heroine, resourceful and willing to fight to the death when necessary, though at one key moment, she does require Carden's rescue. Most jarring is the volume's generally upbeat tone, surprising given both the frequency with which students die, in class or at each other's hands, and a series of sexualized threats against Drew, including an unwanted kiss from a vampire teacher.

A high-octane vampire thriller without too much emotional weight.