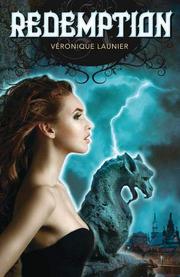 Guillaume has been affixed to a Montréal church since the 1940s, paying scant attention to the doings of the humans below, when a girl oozing "essence" is attacked and, astonishingly, awakens Guillaume and his three gargoyle companions, who revert to their original, human forms. Aude, 16, is predictably freaked out by the attack and the strange voices, chanting and drumming she hears in her head, but she shakes it off so she can concentrate on her band, Lucid Pill. Glacially, Launier reveals the gargoyles' back story (created 800 years ago, they are the protectors of a line of female witches, or "essentialists," thought to have died out) and current dilemma (the Iroquois "Prophecy of the Seventh Generation" tells of a time of apocalypse, when "stone monsters"—not the gargoyles, different stone monsters—rampage and other bad stuff happens). The narration alternates between Guillaume's past tense and Aude's present tense, as they agonizingly figure out what is happening (kind of) and realize they love each other. Frustratingly, Aude's rejection of her French heritage (she prefers to be called Odd) goes unexplored, along with numerous other plot threads. The promise of the compelling opening chapter goes unfulfilled, as the debut author struggles with voice (would an 800-year-old French gargoyle really say "you guys" and "anyways"?), sentence structure and storytelling.