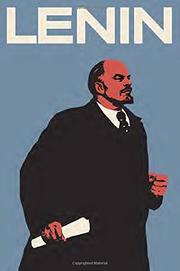 The Man, the Dictator, and the Master of Terror

An illuminating new biography of the cold, calculating ruler on whom the subsequent Soviet state modeled itself.

“Secretive, suspicious, intolerant, acetic, intemperate.” Such is the essence of the portrait of his subject that Budapest-born journalist Sebestyen (1946: The Making of the Modern World, 2015, etc.) extracts from the considerable record. The author does not overwhelm with detail, and he focuses especially on how Lenin’s most important relationships were with women, such as his mother, his wife, Nadya, and his mistress, Inessa Armand. From his beginnings as a brilliant youth to his maturation as a driving, relentless intellectual whose favored method of leadership was merciless carping, Lenin was consistently concerned with the nitty-gritty of power and how to attain it. He was also criticized for fleeing from trouble, as he believed he was too important to the struggle to get arrested. Radicalized at the age of 18 after the “violent drama” of his beloved older brother Sasha’s execution by the czar’s police force in 1887 for attempting to assassinate the czar, Vladimir Ulyanov, as he was then known, “was heir to a long tradition of revolutionary opposition to the Tsars.” Prohibited from studying at university, sent briefly to Siberia, closely monitored by the czar’s police state, the Okhrana (from which Lenin’s Cheka would subsequently and ironically derive its model), and largely supported in every way by his mother and wife, Lenin moved about in exile honing the revolutionary message. Although not as eloquent a writer as Marx or Trotsky, Lenin created a style of argument altogether his own; as the author writes, “he was nearly always domineering, abusive, combative and often downright vicious.” Operating brutally but haphazardly, rather than by a truly coordinated effort, and not averse to using a “criminal gang” to steal on the party’s behalf, Lenin prevailed by sheer force of will. Sebestyen ably captures the man, “the kind of demagogue familiar to us in Western democracies.”

A compelling, cleareyed portrait of a dictator whose politics have unfortunate relevance for today.