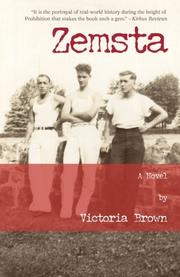 In the early-20th century, three adolescent boys—Nickels, Kurt and Charlie—are the most loyal of chums. They each face their share of hardships, but none so difficult as Nickels’ father’s imprisonment for a murder he didn’t commit. The man was a father to all three boys; Charlie’s dad is a hapless drunk, and Kurt lost his father at a young age to pneumonia. Life goes on, inside and outside prison walls, until the friends learn that revenge against the real killer is in sight. The account is narrated by Nicky’s granddaughter, who gathered the information from her family. This approach adds a sense of authenticity and casts the tale as a recollection. Characters seem to arrive already defined, as they would in memory. The three boys are the indisputable heroes, and the villains are blatantly evil—Russell Cantrell, a rich lawyer who’s introduced as he accuses someone else for a crime he committed (he’s only 13 at the time), and his assistant/chauffeur, Voigt, whose hands are dirty almost from the get-go. The murder is incidental to the narrative, and the murderer’s identity is never really in question. Still, a generous amount of suspense comes with the revelation of the victim’s name and the exact date and location of the murder. The novel recreates an era as it follow the boys’ lives from World War I through their adulthood and into the Great Depression. Several issues faced by the characters are still relevant today, such as corruption and bigotry—Nicky and his Polish family are often vulgarly called “Polacks.” But it is the portrayal of real-world history—the height of Prohibition, the early days of cinema—that makes the book such a gem.

A nostalgic, authentic novel that charms with its vintage hue.