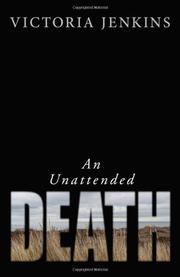 A rural Washington state sheriff’s detective believes a murder has been committed in her jurisdiction in Jenkins’ captivating third novel (Cruise Control, 2002, etc.).

A body is discovered floating in the slough on the property of a wealthy family’s vacation home, and Irene Chavez receives the case by default. Everyone else in the department is on another assignment, so it pretty much falls to her to investigate. Chavez and her son have moved back to her childhood home from Los Angeles, where following the death of her husband, she found it more and more difficult to raise her son, Victor, in a safe environment. The current case she’s dealing with turns out to be one that involves an unattended death that she’s pretty certain is murder. Twenty-nine-year-old psychiatrist Anne Paris, the golden girl in a prominent family of physicians, was last seen going out in her brother’s boat before a violent storm. Now, her body is found, and the probable cause of death is a blow to the back of the skull—and it’s not likely that it was made by the boat’s boom. Irene must investigate and interview the usual list of subjects: Anne’s broken father, her half siblings and their families, Anne’s boyfriend and best friend, the rich neighbor, a colleague and her landlord from Boston, the location of the mental institutaion where she worked. It seems that many had motive and opportunity, but there’s little evidence to connect any of the suspects to a crime. Jenkins’ deft use of plot and character skillfully advances the story, and her all-too-human protagonist, Chavez, is credible and identifiable as she strives to solve the case and reconcile her duties as a law enforcement officer and a single parent. A product of working-class parents, she’s not your typical glamorous heroine, but someone who’s low key, trying to balance work and home life, all too aware of her limitations and slightly uncomfortable around those who’ve grown up outside her social sphere. And she works hard for the solution, which is logical and realistic.

Hopefully, a sequel won’t be far behind.