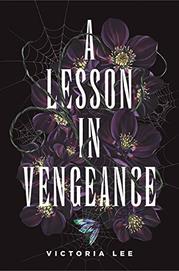 A LESSON IN VENGEANCE

A young woman’s return to her monied boarding school is haunted by the trauma of her girlfriend’s recent death and the school’s rumored history involving witchcraft in this contemporary thriller.

Felicity Morrow’s senior year was cut short after her girlfriend Alex died, and her decision to return to the Dalloway School because “being friendless at Dalloway was better than being friendless anywhere else” makes clear her feelings of isolation. It’s seemingly inevitable that she’ll be drawn into the orbit of infamous new student Ellis Haley, who, despite her young age, has already written a Pulitzer-winning novel. Amid a fantastical, darkly atmospheric haze of cigarette smoke and hard alcohol, Felicity agrees to assist Ellis in her research about the Dalloway Five, girls whose gruesome deaths centuries earlier at the school are shrouded in mystery and who were the subject of her own abandoned senior thesis. Richly imagined queer characters, including Ellis’ older nonbinary sibling, Quinn, are the stars of this story, which incrementally reveals truths about Alex’s death as it winds the bond between Felicity and Ellis ever tighter, spinning a tale rife with literary references, magnetic romance, and occasionally melodramatic but menacing gothic tropes out to its end. The protagonists are cued White; there is ethnic diversity in secondary and background characters.

A layered, stylized, brooding mystery that will draw readers in.