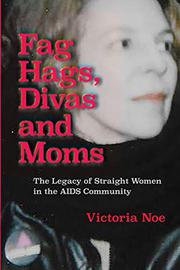 The Legacy of Straight Women in the AIDS Community

In 2014, the author attended a panel discussion that featured gay and straight women who played prominent roles in the fight against AIDS. She felt that their impassioned stories needed more widespread attention. In this book, she informatively writes about tireless support workers, such as Terri Wilder, who dedicated her life to AIDS activism and awareness, and the late activist Iris De La Cruz, as well as more famous public figures, such as Elizabeth Taylor and Princess Diana. Other chapters focus on other women who were hospice volunteers, caregivers, mothers, pioneering researchers, and medical educators who were trained on the front lines of the epidemic. Many of these women were HIV-positive themselves and found that the system, with its consistent “lack of accurate, stigma-free sex education,” failed them, as it had the gay male community in the 1980s and ’90s. Noe writes proudly and engagingly of her own social and political advocacy and activism, including her work at a residential program for AIDS survivors, lobbying on Capitol Hill for the Ryan White Care Act in 1990, and joining ACT UP/NY in 2013. She remembers being known as a “fag hag” then, but she tells of how she learned to embrace that moniker. This essential book is most poignant when Noe channels the pain, loss, and helplessness of the 1980s, when AIDS-related hospital programs “did not have unanimous workplace support” and half of most primary care physicians refused to treat AIDS patients. Instead, she points out, men and women with AIDS had to rely on the kindness of strangers—people who nursed the ill, defended them, and, above all, loved them unconditionally. Noe’s book celebrates one sector of this compassionate network of caregivers with empathy, appreciation, solidarity, and immense pride.

An obvious labor of love for the author and a moving tribute to the unsung heroes of the AIDS crisis.