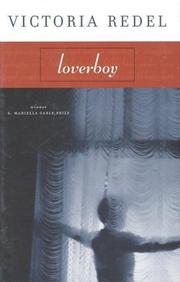 Redel’s first novel (after Where the Road Bottoms Out, stories, 1995) strains long in an extremely narrow swath of the psychological spectrum—with results that belabor the tale remorselessly but just don’t become convincing or moving.

The narrator, a young woman, was raised as a precociously brilliant only child by parents who seemed invariably more involved with one another than they were with her, no matter how hard she strove for their attention. After their death, she is left with enough money so that there’s no need for her to work—though her mother has left her with the advice that she should find a “passion.” And that passion? Well, it becomes getting pregnant—which she finally manages to do after picking up so very many men for one-night stands that it’s fair to say they become a blur. Success comes at last, however, and she gives birth to baby Paul, with whom she becomes intensely, overpoweringly, neurotically in love (the book’s title is one of her plentiful love-names for him). He’s ready for kindergarten as the main action opens, but his mother keeps him at home for schooling, convinced that in keeping him away from regular school she’s “saving [her] son from the ordinary.” Well, maybe: she listens to Beethoven with him, sees van Gogh, explores nature, all true; but she also forbids the use of contractions, since they show “sloppy disrespect for the beauty of each word”—and, one might add, make her sound crazy. And thus things go, her possessiveness all the more manic, neurotic—and then psychotic—as Paul begs and begs to be allowed to go to school. And go to school he does—though mom, by now weirder than ever, has a plan that will make everything turn out just perfectly.

A psychological novel with so few notes in its chords—so thin—that the reader can’t feel much for anyone in it, woman or boy.