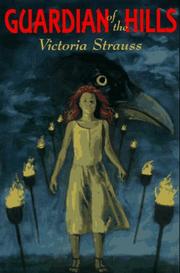 GUARDIAN OF THE HILLS

After the death of her father, Pamela, 16, and her half-Indian mother, Elizabeth, leave their Connecticut home during the Depression to live in her mother's place of birth, Flat Hills, Arkansas. It is anything but a joyous homecoming. Elizabeth's relationship with her white father is strained after so many years of separation, and Pamela finds it difficult to make friends—her classmates look down on her because of her quarter-Indian blood. Her life is further disrupted by the discovery of her extended Indian family in Flat Hills, where as eldest daughter in the family line, she is the designated guardian of the tribe. If she accepts her place among the Indians, Pamela must fight a terrible battle with the spirit of her ancestor Stern Dreamer, awakened from sleep by an archeological dig. She alone can insure that Stern Dreamer returns to his slumber and leaves the tribe in peace. A swiftly paced drama about the clash between science and myth, and the mixture of burden and fulfillment that accompanies accepting one's past. (Fiction. 12+)