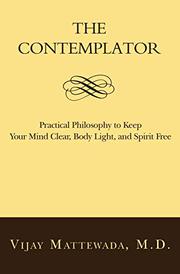 Proverbs for modernity.
Mattewada, a physician as well as a victim of chronic fatigue syndrome, begins his work with an arresting statement: “At the very moment you are complaining about your life, there is somebody, somewhere in the world, begging for it.” In this original, compelling collection, Mattewada assembles hundreds of short original statements designed to make the reader stop, think and contemplate. By and large he succeeds. The author’s statements arise from deep introspection and serious questioning of the world and its values. Nothing in this collection is trite or mundane, which is remarkable given the nature of the work. In fact, the slim volume, which covers a great deal of ground, reads much like one of the many collections of quotations from Henry David Thoreau, providing thoughtful, proverbial and eminently repeatable snippets on the big issues and questions of life. Some of Mattewada’s statements, however, are definitively modern, such as his two-page poem “A Patient’s Appeal,” which will resonate with anyone who has navigated a hospital or doctor’s office. A recurring theme is the futility of materialism, as Mattewada makes it clear that our toil and any resulting riches or fame are temporary and meaningless in the grand scheme of the universe. Indeed, he echoes the Old Testament’s book of Ecclesiastes (whether he knows it or not) in extolling the meaninglessness of our material lives. By contrast, he also speaks a great deal about suffering and sees it as a means of focusing on what really matters in life. He discusses God in many instances, sometimes ambiguously and agnostically, sometimes with certainty (e.g., “Abandon yourself to God”). An index would benefit the work, but overall, Mattewada’s perspective on life is an optimistic one, and he sees hope even in the midst of a broken world. As he says, “A problem cannot exist without a solution.”
A strikingly insightful gem.