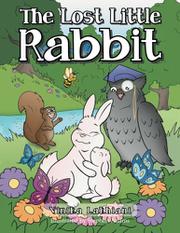 A lost bunny searches for his mother in this debut picture book.

The youngster is already lost in the beginning of Lakhiani’s version of the time-honored tale of a lost child reuniting witha parent. On a foggy day, a young rabbit finds that he doesn’t recognize where he is. He calls for his mother, but instead of her voice in response, he hears the hum of a bumblebee. The nameless little rabbit asks if the bee knows where his home is, but the bee doesn’t and sends him on to the wise owl, who “sees everything.” As the little rabbit runs through the “eerie” fog toward the owl’s tree, he meets a kind squirrel. “I’ve lost my mother….I am lost and scared,” explains the little rabbit. The squirrel leads the rabbit to the wise owl’s tree, which the rabbit climbs to ask the owl, “[C]an you see where I live?” The fog is too thick for the owl to spot little rabbit’s home, so he gives the little rabbit a snack and invites him to rest. Falling asleep, the little rabbit dreams of his mother but is awakened by the hooting, buzzing and chattering of his three new friends. Looking around, he sees his mother, who embraces him: “I will never again let you out of my sight,” she tells him. The digitized art by Adams, some of which is credited to Thinkstock, is in a cartoon style that clearly delineates the characters but includes a few anthropomorphic details—a graduation cap for the owl, spectacles for the squirrel and only four legs for the bee—that add little value. Since the story centers on the little rabbit failing to recognize where he is, the choice to make the right-hand page of every spread identical is potentially confusing; regardless, it’s repetitious. The text fails in the opposite direction: It doesn’t create the typical patterns that can help toddlers follow the story, build anticipation and learn to chime in—steps on the path to reading alone. Erratic rhythms, changing stanza lengths and rhyme schemes, and awkward syntax undercut attempts to enliven the tale with poetry.

A story with a tried-and-true plot that needs to freshen up its presentation.