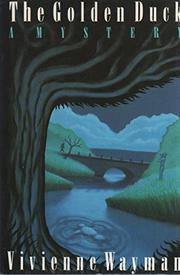 Everyday events, and some less mundane, mark this modestly charming debut novel set in a riverside Norfolk village where Rosemary Lawrence paints competent watercolors while husband Peter commutes to his job. Their daughter Emma is backpacking on the Continent. When Kate O'Dwyer turns up, claiming to be Emma's friend, the Lawrences make her welcome. Meanwhile, their high- powered neighbors Vicki and Jeff Barclay covet old Ben Pearce's squalid dwelling, which abuts their renovated cottage, and shed no tears when Ben is discovered drowned in the river. Then Kate attracts the infatuation of Colin Franklin, a strange, sullen boy unable to read or write but expert on marsh and river birdlife. Kate herself falls for Kenneth Weaver, a concert pianist renting the Lawrences' gatehouse, whose wife is a photographer presently in Greece. Colin sometimes confides in sharp, 80-ish Dilly Harris, who shares his doubts about the cause of Ben's death. Soon Colin, too, is dead, and Dilly barely escapes the same fate in a clumsily contrived denouement. A bit too much flora and fauna and an excess of coincidence mar a pleasantly readable story full of lively characters and hints of satiric wit. A talented newcomer.