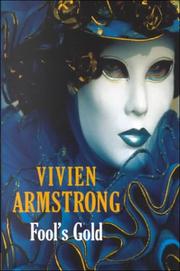 Leaving the designer sale she’s crashed in some haste because the building has caught on fire, artist Anabel Gordon grabs the wrong handbag. It’s an expensive mistake, because the bag is full of stuff innocent gate-crashers obviously aren’t supposed to know anything about—stuff that may have gotten her friend Abigail Griffith murdered, stuff that’s got the British police combing Venice as conscientiously for Anabel as the bag’s real owner in this Hitchcock homage from Armstrong (Dead in the Water, 1999, etc.).