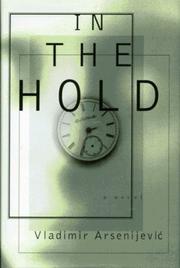 A strangely uninvolving first novel—a muted, discursive portrayal of alienation and anomie set in Belgrade in 1991—that won for its young author the NIN Prize, the ``highest literary honor'' given in the now dissolved nation of Yugoslavia. The unnamed narrator, a young husband and father-to-be, is determined to avoid being caught up in ``the Serbo-Croat mutual slaughter'' and indulges a self-conscious indolence. Despite the responses of those closest to him to events, he seems deeply insensitive to the national trauma. His wife Angela, a former drug dealer and heroin addict, abandons both her business and her habit as she enters the late stages of her pregnancy. Angela's brother Lazar, an endearingly muddled youngster with a passionate devotion to the passivity of Eastern philosophy, nevertheless declines to resist when he receives his ``call-up papers,'' and quickly becomes a casualty of the war. The narrator's friend Dejan, a promising musician, loses an arm during his military service, yet returns energized by dreams of success as a businessman. All this while the narrator—unable to share or even comprehend others' acceptance of (not to say complicity with) their fates—reacts to everything around him with a jaded sarcasm that has the surely unintended effect of making him sound priggish and heartless. It's not that Arsenijevic doesn't give him human feelings—rather that the novel seems unable to make up its mind whether it's about the slow, fitful awakening of feeling in a sluggishly self-centered soul, or if instead it means simply to present a character who simply cannot believe that any cause merits his allegiance. Either way, what results is a protagonist in whom it's impossible to take much interest, and a novel so rarefied and unspecific that it seems, despite its brevity, an ordeal to read.