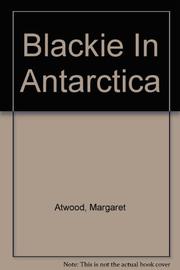 BEYOND THE HUNDREDTH MERIDIAN

John Wesley Powell And The Second Opening Of The West

The thrilling record of the first expedition to descend the Green and Colorado Rivers makes a dramatic introduction to the life of John Wesley Powell, but actually his contribution to the opening West, and his permanent part in putting our government into scientific studies of the nation are the major claims to a fame, unjustly obscured. Map makers today still use some of his findings. Geological studies he launched in what would be today considered almost an amateurish approach, laid the groundwork for a wholly scientific development. Ethnology and Indian policies, public land policy and the structure of government science stem back to his trail blazing efforts. Dutton, King, Moran, Holmes, Hillers- these are names that have taken their place, aesthetically as well as scientifically beside him, but that owe much to him. There were those that belittled him and combatted him- Captain Sam Adams loudest mouthed among them. But in the Powell Survey, the Exploration, the Report on the Arid Lands, the reorganization of government in science, Powell has his permanent memorial. Much of what he then projected was ignored, only to be rediscovered almost too late. This is not a personal record but the story of an extraordinary career. An important facet of American growth is here given due consideration.