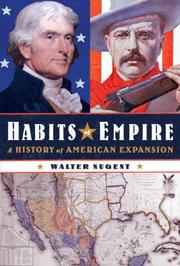 A History of American Expansion

Detailed, dry account of America’s efforts to expand its sphere of influence from the nation’s founding through today.

Veteran historian Nugent (Into the West: The Story of Its People, 1999, etc.) contends that American military and diplomatic efforts have helped this country at the expense of others. The author capably conveys lots of information within a carefully described historical context. However, the abundance of material at times makes the book difficult to penetrate. Nugent is a first-rate thinker, but his prose is considerably less engaging than that of fellow diplomatic historians Stephen Ambrose and Walter LaFeber. And he rarely cuts the United States government much slack. Describing Jefferson’s deliberations on the legality of the Louisiana Purchase, Nugent writes dismissively, “As others have remarked, he struggled with his conscience and won. As was often the case with the Sage of Monticello, expedient necessity prevailed.” Considering more recent events, the author finds fault with American Cold War presidents who used the desire to combat the expansion of Soviet-style communism as an excuse for foreign entanglements in Asia, Central America and the Middle East. Nugent spends little time shining light on such positive U.S. efforts to repair the world as the Marshall Plan or humanitarian operations in Africa. He contends that American expansionism today is without historical precedent, because the U.S. wields enormous power “without direct territorial absorption or even protectorate-like control.”

A thorough, opinionated account of American diplomatic and military history, but not for the casual reader.