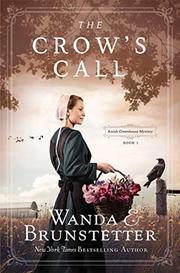 Prolific Brunstetter (The Healing Jar, 2019, etc.) launches a new series that offers a most unusual perspective on Amish detection.

Unlike the many mysteries set in Pennsylvania Amish communities but narrated by outsiders, Brunstetter’s first Amish Greenhouse Mystery is presented from the viewpoint of the Amish themselves. The King family faces unspeakable tragedy when father Vernon, teenage son Abe, and son-in law Toby are killed in a buggy accident. Vernon’s widow, Belinda, decides to provide for her grieving family by continuing to run the family’s greenhouse rather than accepting her son Ezekiel’s offer to give up his farm in Clymer, New York, and return home to help her. Daughter Amy decides to put a stop to her courtship with her beloved Jared in order to devote all her time to helping her mamm, although it wounds her to see Jared turn his attention toward her best friend, Lydia Beiler. Teenage Henry, on the other hand, rebels, shirking his chores and sneaking off at night. To compound their grief, the Kings face a series of mishaps in the greenhouse that threaten their livelihood. Animals find their ways into the locked building, pots are knocked over, and plants are poisoned with weed killer. Readers who count on a big reveal will be disappointed, but others may enjoy this slow-paced look at domestic detail and low-stakes suspense.

After a traumatic opening, Brunstetter’s series debut is overwhelmingly gentle.