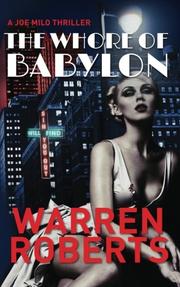 THE WHORE OF BABYLON

Cleo Cucini wants to hire Milo for wrongful termination. Her boss is a former client of Milo’s who stiffed him on the bill—and, in Milo’s world, that equals extra incentive. Cleo, however, is no shrinking violet. A former mule for the Russian mob and a current cage fighter with the moniker “The Whore of Babylon,” it’s a wonder she needs Milo at all—especially considering the unorthodox methods she used to convince him to take her case. As is always the case where Milo is concerned, no job is too dangerous, and no beautiful woman shall be left unconquered, and despite her brute-force ways, Cleo is no exception. However, after Milo’s photo and address are pried out of a Russian hit man’s mouth during an arrest, Milo has little choice in the matter anyway. In this third installment, one of the many appreciable aspects of Roberts’ writing is his ability to tie in events from prior books without completely reenacting them for prospective new readers—a big relief for those who have been with the series from the beginning—while still providing incentive for newbies to go back to the beginning. For those who’ve read the whole Joe Milo series, two things will be abundantly clear: There’s no villain threatening enough to scare Joe Milo, be it mob boss, Satanist or ex-KGB sociopath. The second is that the author has no time for weak women. From Russian madams to devil worshippers and cage fighters, Roberts renders strong and intelligent female characters and really knows how to put the fatale in femme fatale.

Usually by the third go-round, characters and plots lose luster; Roberts keeps his tales shiny, robust and primed for more.