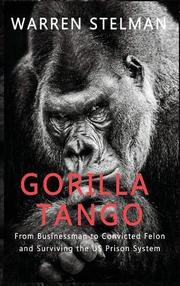 From Businessman to Convicted Felon and Surviving the US Prison System

Stelman recounts his time in prison in this debut memoir.

Many people believe that white-collar criminals serve out their sentences in cushy, minimum-security prisons, far away from hardened criminals. Not always, says the author, a Canadian businessman who once owned a digital signage company; his practices landed him in the American penal system: “I live with murderers, drug lords, bank robbers, mobsters, gang members, arsonists, pimps, pedophiles and a sprinkling of white collar criminals like myself.” Stelman recounts his unlikely journey as a respectable Montreal entrepreneur who, after losing his business and moving to the Dominican Republic, became involved in a sweepstakes scam that stole money from elderly people. After learning that his wife was arrested by the FBI in Miami, Stelman attempted to evade capture but ended up in a Santo Domingo jail. This was just the beginning of his time behind bars; after he was extradited to the United States, he spent more than five years in the federal prison system, including 14 months in one of the nation’s most secure Supermax detention centers while awaiting trial in New York state. Stelman describes his crimes, capture, trial process, and prison time in great detail. Along the way, he tells of his in-prison businesses and his relationships with family waiting on the outside. He discusses his daily life with frankness and efficiency in the present tense. Particularly intriguing are his descriptions of prisoner-enforced systems of trade and justice within the penal system. Here, for example, he recounts an economy that was based on packets of mackerel: “They are the compound currency. Anything you buy or sell gets settled with fish. Guys gamble for fish, clean cells, shoes and wash dishes for fish. They buy dope or hooch with fish. Some buy sex for fish and a lot of chomos (child molesters) get extorted or robbed for fish.” Overall, Stelman’s narrative is a perfect fish-out-of-water view of the American prison system, made more entertaining by the fact that he proved to be a capable and wily navigator of it.

An often compelling remembrance of incarceration.