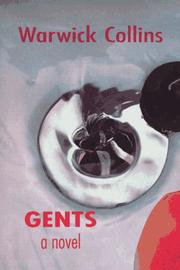 Collins, author of The Rationalist (1994), a Booker contender, shows himself once again to be a daring, unconventional, accomplished writer, with a quirky story of the life and times of a London public toilet. Ez Murphy, far from his Jamaican home, is glad to have any job in the white man's world, even if it's cleaning urinals and stalls. He takes his new job seriously, learning the ropes from his supervisor Reynolds and co-worker Jason, who, like him, have emigrated from Jamaica, but before long he discovers that not all the business in the stalls is what it should be. Ez's place of employment is also a popular spot for ``cottaging,'' the euphemistic term for gay sex used by the white lady from the local Council, which runs the toilet, when she drops in to inform Reynolds and his crew that their cleaning duties now extend to the moral as well as the physical sphere. They oblige by installing a fake surveillance camera—and in a matter of weeks the toilet's turnstile receipts drop by half. Back comes the lady, to inform them that with the decline in income one of them now must be let go, a cold act of white hypocrisy in the face of a job too well done. This prompts Rastaman Jason, already stung by having found a black man servicing a white in the course of their clean-up, to quit and go back to Jamaica. Ez sticks it out with Reynolds, and when the Councilwoman returns yet again with the news that the toilet is to be closed, the two join meager resources to rent the place as their own business, keeping it open and returning it to prosperity by making a few eminently practical, and highly tolerant, decisions. A deceptively simple tale with an unorthodox setting and near- zero commercial potential, Collins's novel covers considerable social ground in a brief span—and is eminently successful.