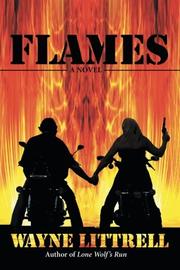 After saving family members from hit men, a writer and motorcyclist finds himself on the run and wanted for murder in Littrell’s (Lone Wolf’s Run, 2014, etc.) thriller.

Sam Forest, who writes travel stories for a biker magazine, is devastated by the news that his younger brother, Dave, has suffered a fatal heart attack. Sam stays with his cousin, Sue, in North Carolina while making funeral arrangements. Later, he’s horrified when the funeral home botches the cremation. When he returns to Sue’s house, he finds that two gunmen are threatening her and her husband; fortunately, he has a Glock and gets the drop on the intruders and kills them. It appears that the assassins were looking for him, although he doesn’t know why. Later, the funeral home becomes the site of arson and murder, and Sam becomes the police’s primary suspect. He manages to evade authorities, helped by a fellow biker named Boudin, whom he recently befriended. Sam may be able to prove his innocence with help from his pal and his biker family, as well as from Detective Vick Summers, the only cop in town who doesn’t think that he’s a vicious killer. But he and those close to him, including a new love interest, Betsy, soon find themselves targeted by an outlaw motorcycle club and pitiless smugglers. Littrell’s novel maintains a consistent pace, due to a slew of villains who keep Sam on the run, including corrupt law enforcement officers; the rogues’ gallery’s highlights include an enigmatic figure named Mr. B and an evil motorcycle gang leader named Slash. The latter’s unmitigated cruelty while torturing one victim establishes him as the main antagonist, and he has a significant part in the action-packed final act. The author is at his best, however, when describing scenes of bikers riding, such as Sam in the Appalachian Mountains: “The trees growing on the steep mountain slopes around him cast deep shadows as they filtered out the remaining light from the sky above.” The ending leaves open the possibility for a sequel, although the book reads well as a stand-alone.

An entertaining tale that provides a wide variety of troubles for its protagonist.