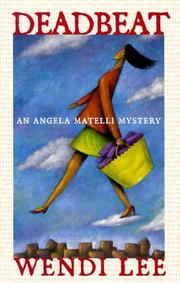 A third outing to Boston with p.i. Angie Matelli (Missing Eden, 1996, etc.) and her new client, investment counselor Cynthia MacDonald. Someone has been using Cynthia’s stolen credit cards to run up thousands of dollars of debt in her name and push her credit to the max. Using a photo cleverly wangled from a car rental agency, Angie sets out to find the false Cynthia. Her quarry turns out to be Lisa Browning, mother of small daughter Jessica and divorced wife of Tim. Jessica’s apartment boasts a brand-new TV and VCR—both bought at Technology Bytes in Methuen, one of a chain run by Spence Balczeck, whose salesman Jimmy Stiles owns a surprisingly expensive car. Lisa claims to be on her own, but is she only one part of a credit scam ring? The question seems answered when she’s found beaten to death and Angie, teaming up with old friend Sergeant Dana Proux, tracks a killer on the prowl for his next victim. Angie’s stereotypical Italian family takes up a lot of space, as do her endless phone calls, lunch dates, and trips around town. None of the above, or the breezy narrative style, is much help to the episode’s hardworking but contrived and lifeless storyline or its unconvincing characters.