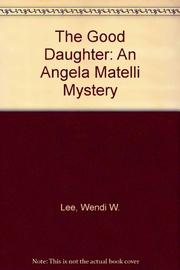 Fresh out of the Marines, with the paint on her Boston office scarcely dry, PI Angela Matelli is lucky enough to hit pay dirt for her very first client, retired cop Tom Grady, when she finds that Brian Scanlon, the man Tom's daughter Sheilah has moved in with, has exactly the kind of unsavory connections Tom feared. He's already served 15 years for bombing a Dorchester police station in his wild- eyed college days, and he has high-level contacts in the International League for the Advancement of Peace (ILAP), rumored to be an IRA front despite the disclaimers of its charming founder, Seamus McRaney. But all this welcome bad news doesn't do the client any good, because after Tom thanks Angie and sends her on her way, he's killed in a mugging less than a mile from where Angie herself was attacked by a knife-wielding mugger. Police detective Lee Randolph isn't impressed by the coincidence, but Sheilah—not, you'd think, the most likely candidate for the role of Angie's second client—hires her to solve the murder of the father who was trying to discredit her boyfriend. In between calls from her domineering mother and her manipulative sister, Angie questions the strippers at the bar Tom Grady was stabbed outside of, goes undercover in ILAP's office, and discovers exactly what you'd expect. Angie's bickering family is as authentic as your own, but this first case is flat, with nary a memorable character or scene. Maybe Angie, who's quick with her hands whether or not there's a gun in them, is just flexing her muscles for the main event.