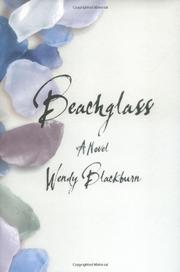 A debut novel about AA, romance and recovery, set in West Hollywood.

Delia is a recovering alcoholic with ten years of sobriety, a loving husband, a two-year-old daughter and a happy home life in Seattle. Then she gets the call she has been dreading for a decade. Timothy, her beloved gay friend from AA, is dying. When he was first diagnosed with HIV, Delia promised she would be by his side at the end. And so, with the loving encouragement of her “normie” (AA term for a non-addict) husband, Delia travels back to West Hollywood, the site of her childhood, her teenage appetite for booze, crack, ’ludes and other pharmaceuticals, and the flameout that landed her in rehab. It was there she met Timothy, and where the two supported each other until both were clean. Delia’s return to California triggers memories of her struggles to stay sober, her parents’ anger at all the trouble she caused and her unresolved feelings about the death of her sponsor, Joan, her first marriage and her attraction to James, the man who always tempted Delia to walk on the wild side. Told mostly in flashbacks, with the focus on Delia (though it is Timothy who is dying), this novel presents an ensemble cast of addict-stereotypes: Zodiac, the black crack-whore who keeps falling off the wagon; Joan, the older, spiritually certain sponsor who wears gauzy white clothes; Delia’s dad, the high-powered narcissist and functioning alcoholic; Delia’s mom, the classic enabler; Rafael, the dry drunk in shut-down mode; and Delia herself, who thrives in her sobriety and becomes a chemical-dependency counselor. Blackburn, also a chemical-dependency counselor, obviously knows her material: The AA meetings and late-night coffee and cigarette klatches ring so true that the tobacco smoke practically wafts off the page. But the story never moves beyond the emotional level of case histories. And it’s inevitable that good intentions will prevail.