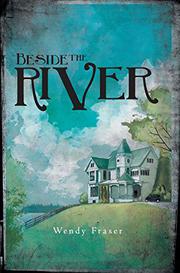 A debut coming-of-age historical novel focuses on a teenager in the 1930s.

Fraser’s tale, set in a small town during the Depression, introduces 16-year-old Maggie Hanson, who lives with her Mum. Maggie is an impatient student at the local school, yearning to stop wasting her time in class and instead concentrate on helping her mother and finding some paying work of her own. The teen is enamored of medical student Ben Harder, who is “everything she wanted in a boyfriend. Smart, kind, handsome, and charismatic, and his parents were financially set, too.” The girl’s Mum, meanwhile, has been trying to arrange a relationship between Maggie and Victor Robertson. He is the good-looking son of Maggie’s mother’s best friend. Added to this mix is Tom Bancroft, an enigmatic older man who hires Maggie to help out around the house and soon begins captivating her, broadening her horizons by talking about the rise of Nazism and the school of Dadaism. He takes time out of his days to teach her chess, and gradually an undeniable attraction grows between them, with Tom himself reflecting at one point: “She had an effect on him, whether good or bad it was hard to tell, except to say that he felt more alive with her about.” The book’s nostalgic sentimentality for small-town life (“Old Mrs. Murphy was sitting with her daughter, who had been ill all winter, and still didn’ look right”) is often intriguingly belied by a sexual frankness that’s simultaneously mature and nuanced. Virtually all of the characters, including Maggie’s Mum, gossip in forthright terms about the sexual proclivities of other people. This helps to prepare readers for a dark turn in the plot involving Ben as well as the steady deepening of events concerning Tom. Fraser is lavish in her descriptions of the minutiae of small-town life (the book is a bit too long). But with Maggie, the author delivers a believably textured character. Fans of Janette Oke will feel right at home in these pages.

A heartwarming and surprisingly realistic tale of first love in a Depression-era town.