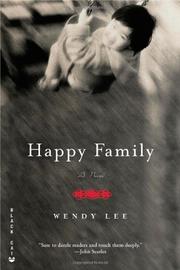 An illegal immigrant from China becomes entangled in the lives of a successful New York couple and their adopted Chinese daughter.

Hua Wu arrives in America with a secret from her past and a blank screen for her future. Neither she nor the grandmother who raised her envisioned the life Hua leads in New York City’s Chinatown, working long hours in a restaurant and living alone in a tenement rooming house. But Hua is young and smart, speaks excellent English and accepts her fate; there is nothing for her back in Fuzhou. Between the lunch rush and dinner hours, she wanders the city, observing the strange culture around her. One day in a park she meets Jane Templeton, an American woman with a two-year-old Chinese child, Lily. Hua knows the orphanage Lily came from, one of many established as a result of China’s One Child Policy. Jane, a curator at an Asian Arts museum, likes the idea of Lily learning about her background. Though Hua has never been around children and can’t even change a diaper, Jane hires her as Lily’s nanny. In addition to having full-time careers, Jane and her husband, playwright/critic Richard Walker, frequently spend the evening out on the town. During many days and nights together, the novice nanny and the little girl become inseparable. Then the Templeton-Walkers’ marital troubles threaten Hua’s relationship with Lily, just as word arrives from China of her grandmother’s death. Narrated by Hua two years after she arrived in America, this first novel uncoils slyly, then strikes with startling yet inevitable plot developments that unfold before the reader sees them coming. Jane, her husband and, to a certain extent, Lily are a few brushstrokes shy of being complete portraits, but Hua’s innate intelligence and irreducible sense of self resonate in every observation as she decodes the monied, impulsive lifestyle of the Templeton-Walkers, their cultured friends and the country that they call their own.