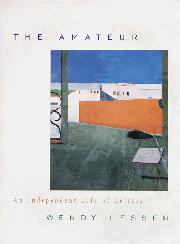 An Independent Life of Letters

A collection of slyly humorous essays—more personal than political—about the evolution of a critic who will stop at nothing to pursue her chosen mÇtier. Lesser, founder and editor of the Threepenny Review and author of four previous books (A Director Calls: Stephen Daltry and the Theater, 1997, etc.), has decided now to reflect on her growth as a writer, intellectual, and obsessive connoisseur of the arts. In so doing, she reveals much about herself and her approach: Lesser seems to take in as much as she can, in as many different forms as possible, from literature and theater to dance and opera. In that respect, she’s truly “an eighteenth-century man of letters, though one who happens to be female and lives in twentieth-century Berkeley.” That self-description conveys something of the humanism of her critical perspective, though it doesn’t reveal much about the attendant personal journey required. Fortunately, Lesser fills in the gaps. Her essays address her formation at Harvard, Cambridge University, and the University of California, Berkeley, as well as her determined (and occasionally hysterical) journalistic pursuit of interview subjects. All of her pieces, even those with little bearing on literature, make for distracting reading: Lesser’s keen wit doesn’t shy from self-ridicule. Anyone who has spent too much time in academia, struggling to reconcile its internecine power struggles with their own idealism, may risk side ache here from too much laughter. Which isn—t to say that she means merely to entertain. Instead, Lesser also spends considerable time reflecting on the artists whose work has galvanized her, including choreographer Mark Morris and poet Thom Gunn. Although she doesn’t have the zaniness of, say, Beryl Bainbridge, Lesser does cast herself as a character in her own work, thereby making the life of a critic seem both nutty and joyous.