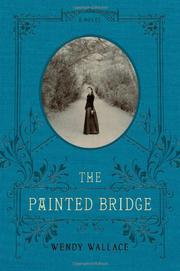 Twenty-four year old Anna and priggish Reverend Vincent Palmer have been entered in a mutual marriage of convenience for only seven months when he forcibly installs her at Lake House, a run-down private mental hospital outside London. Anna has provoked her husband by leaving him for five days to tend shipwrecked sailors without telling him beforehand. Does he genuinely think she suffers from hysteria as the asylum’s grossly inattentive doctor agrees, or is he simply punishing her for a lack of submission? In either case, while Anna’s journey was impulsive and tied to haunting visions she can’t escape, she clearly does not deserve to be at Lake House, which offers little in the way of real help for its inmates. Owned by Querios Abse, who lives on-site with his unhappy but oddly sympathetic family, Lake House warehouses women whose families don’t know what else to do with them; Anna soon befriends erudite Talitha Batt, whose “insanity” had to do with falling in love with a non-Christian. Anna also befriends Abse’s teenage daughter Catherine, who has passions and secrets of her own, and she poses for Dr. Lukas St. Clair, a visiting idealistic who believes photographing patients may lead to a breakthrough in treating mental illness by seeing into their minds. With Catherine’s help, Anna escapes Lake House long enough to learn a shocking secret about Vincent, but her sense of responsibility for the adolescent sends her back to Lake House where Abse, in a fit of paternal vengeance—he mistakenly believes Anna has led Catherine astray—comes close to breaking her spirit for good. A decidedly Dickensian flavor infuses the novel, both in style and in emphasis on Victorian social issues, and its lively cast of supporting characters includes caricatures of evil as well as painfully nuanced portrayals of moral complexity.

Melodrama that borders on over-ripeness but that can be quite delicious.