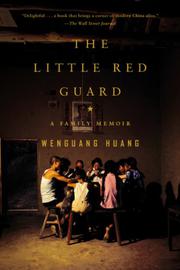 Writer and translator Wenguang Huang's candid memoir about growing up in the turbulent aftermath of the Chinese Cultural Revolution.

In 1973, Mao's ruthless political campaign sought to bring an end to all “decadent” traditional practices. But the author would remember the year for a different reason—it was a time when his 71-year-old grandmother “became obsessed with death.” Afraid that she would be cremated and rendered unable to reunite with her dead husband in the afterlife, she made her son, Wenguang Huang's father, promise that he would give her a traditional burial. Her son agreed and built a coffin, knowing that if he was discovered, the Communist Party would punish him and his family for disobedience. He made the author the official "coffin keeper.” For the next nine years, he dutifully slept near what the family would refer to as Grandma's “longevity wood.” In the end, the coffin really did become a kind of longevity talisman because the grandmother would live to be 87. Throughout the 16 years leading up to her death, the family often became embroiled in bitter battles over how they would inter the grandmother, who demanded a traditional Chinese burial next to her husband, whose grave was far from the family home. The one family member who suffered the most was the author’s father, who passed away a year before his mother. A “filial son,” he had made his mother's obsession his own, to the point where it “sucked him dry until there was nothing left but his own corpse.”

A trenchantly observed story that depicts the clash of traditional and modern Chinese culture with a powerful combination of sensitivity and mordant irony.