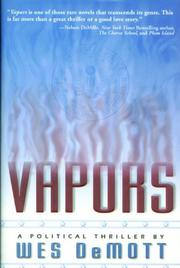 It’s about corruption in high places, it’s about the FBI, it’s about undying love, but most of all it’s about people shooting other people. Hotshot engineer Peter Jamison is in trouble. His major project at Dillon Aerospace has been abruptly aborted, and he doesn’t know why. But he thinks Melissa Corley does. She’s very smart and works for a citizens’ coalition that monitors the industry. She’s also very beautiful, and Peter loves her to distraction. Melissa convinces Peter that Dillon Aerospace is evil and that they owe it to America to blow the whistle on these devils. The two amass a dossier of villainous behavior and turn it over to feisty Senator Drummond, who heads the Senate Armed Services Committee. But now Dillon, alerted, stands ready to retaliate. Jack Kane, head of the company’s security operation, may be the best fighter in the whole world. Moreover, he has all manner of hired guns at his disposal and sends out a stream of them to silence Peter. Bad move: Jack should have gone himself. Though he’s 47, Peter has forgotten none of the lethal skills he learned in Vietnam 30 years ago. He beats up on the mercenaries, kills a few. In the meantime, Melissa has been arrested by rogue elements in the FBI for reasons not absolutely clear. Peter, desperate to free her, gets help from tried-and-true elements in the FBI. Additional fire- and fist- fights follow; more bodies are rendered dead in a variety of gore-drenched ways. At length, Peter rescues Melissa, who turns out (alas) to have character flaws. Other good guys have also somehow become bad guys, and those among them left alive go to jail. DeMott (Walking K, not reviewed) has little to offer thriller aficionados other than implausible characters, clumsy dialogue, unlikely plot twists, and violence, violence, violence. (First printing of 40,000; $200,000 ad/promo; author tour)