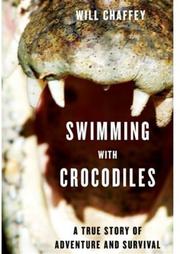 A True Story of Adventure and Survival

A Harvard graduate now living in California, the author proves an engaging writer with a slight story. After a disastrous final year at New England’s Milton Academy and rejection letters from several colleges, 18-year-old Chaffey fell into depression. So he fled his UPS job and girlfriend, traveled to Cairns, in Far North Queensland, with $1,000 and no plans whatsoever, and set out by jeep across the rugged continent. The first half of the book, which pleasingly evokes the customs of the local people, is an episodic account of interesting encounters and odd jobs. Finally Chaffey met a young American herpetologist, and the two embarked on an ill-advised 40-day hike through the outback to the headwaters of the raging Prince Regent River, located in the little-explored tropical land in Western Australia. The author fell in love with the river and its “clear blue pools, artful configurations of rock and tree, orange and yellow leaves stirring gently in eddies, turtles, and clouds, graceful bends in the canyon.” Amid waters infested with deadly estuarine crocodiles, the travelers ran out of food while waiting at King Cascade falls for a boat that never arrived. Making their way through the swamps to safety, they dined on grasshoppers and figs and kept their distance from the fearsome reptiles—though it’s apparent that they never actually posed much of a threat. The author offers a far edgier tale with the story of a croc attack in the same waters years earlier, during which a 27-year-old former American model swam furiously—and unsuccessfully—for a boat moored a mere 80 feet away. Though it’s not a pulse-pounding survival story, Chaffey’s briskly written debut is a fitting celebration of the Australian wild.