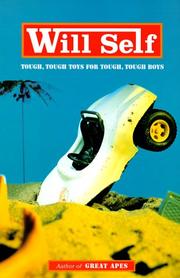 Slim pickings from London’s wizard of the warped: seven stories (four published previously) and a novella that offer only an occasional glimmer of Self’s former eerie greatness (Great Apes, 1997, etc.), as drug-dealing and hitchhiking scenarios offer little to transcend the purely conventional. A crack dealer named Danny features in both the lead story and the novella, in the first (—The Rock of Crack as Big as the Ritz—) as a no-nonsense businessman mining a seam of crack he’s found in his basement and using his addict brother as his runner. The wacky appeal of that story disappears in its sequel, “The Nonce Prize,” which turns the tables: Danny needs the fix while his brother calls the shots. Then a frame-up puts Danny in prison for a grisly crime he didn—t commit—the torture and murder of a six-year-old boy. Cleaner and wiser, Danny places all his hopes in a newfound passion for writing, thinking that winning a prisoners” writing competition will be his salvation. Similarly inconsequential is the title story: a hard-driving, part-time shrink puts the pedal to the metal from the northern Scottish coast to London, blasting the CD player, popping uppers, and slopping single malt from the get-go, stopping only for a desultory hitchhiker—a Scottish alkie for whom he has only contempt but whose brain he picks like the professional he is. Only in pieces like “Flytopia,” in which an understanding is reached between a freelance indexer and his house full of bugs, and to a lesser degree in “A Story for Europe,” in which an angelic British two-year-old starts spouting business German, mystifying his doting parents, do the weird trademark touches emerge and satisfy. Not an utter disappointment, but too close.