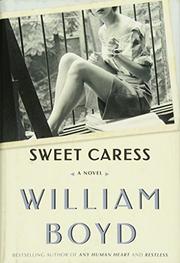 The life of a renowned war photographer forms the basis of Boyd’s romantic saga.

The trajectory of Boyd’s heroine, Amory Clay, encompasses both world wars and Vietnam. Amory is born into one of those English families whose affluence is a bit ragged around the edges. She begins to find herself when she heads for London and a job as assistant to her photographer uncle. Boyd quickly places Amory amid the decadence of Weimar Berlin, the bustle of prewar New York City, and then in various locales in war-torn Europe. The book is punctuated by the elderly Amory’s reminiscences from her rural retreat. Boyd (Solo, 2013, etc.) clearly wants to do a large-scale romantic melodrama akin to what Sebastian Faulks achieved in Charlotte Gray or, on a more pop level, what Ken Follett manages in wartime thrillers like Jackdaws and Night Over Water. The trouble is that events shuffle by without making any particular impression. D-Day follows so quickly upon Pearl Harbor that most of the war seems to have taken place between chapters. Nor do the rather undistinguished photos illustrating the text add much flavor. The idea for Amory may have been based on the American photographer Lee Miller (who was wartime correspondent for Vogue), but she remains a device rather than a character, flitting from war to war and among several longtime lovers.

This should have been a story to sink into, but it turns out to be at least a few sizes too small.