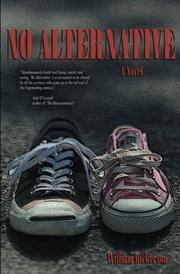 When a book about musically inclined teens begins with a five-page meditation on suicide, readers may assume not all will end well. That introduction sets the tone for the novel: reflective, unafraid of big-picture pronouncements—“Absolutely nothing is more do-it-yourself than suicide”—but also digressive. The main characters, Thomas, 17, and Bridget, 15, exemplify teenagers of the ’90s: Thomas dreams of grunge superstardom with his band of misfits, while Bridget barely survives her regimen of mood-stabilizers and antidepressants, her feelings of alienation erupting in a gangsta rapper alter ego. Yet the omniscient narrator freely swoops into the minds, memories and POVs of minor characters, giving sympathetic but brief glimpses into other lives. Mom and dad, for instance, may simply be parental obstacles to the kids, but we know them better as we glimpse into dad’s tour in Vietnam and his work as a judge, and mom’s free-love past. Other digressions add to our understanding (or memory) of the ’90s, placing in context, for example, the first Starbucks in the neighborhood or the church’s acoustic music night. These digressions turn out to be narratively motivated: The omniscient narrator turns out to be someone reflecting on the past. And yet some of the asides are less momentous or simply too long: At two pages, a digression on black-and-white motifs in pop culture and race relations begins to feel essayistic and detached from the novel. The digressions and broad declarations sometimes mute the main characters’ emotional journeys, while treating the teens more like specimens. Still, the cool, casual tone results in some knockout diagnoses of the ’90s teenage condition: “[Y]ou feel older as a teenager than you will ever feel in your entire life.”