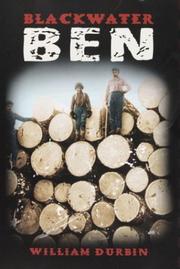 From the Blackwater Ben series, volume 1

In the winter of 1898, Ben joins his father at a northern Minnesota logging camp. Unhappy at school and eager to prove himself, he would also love to hear more stories about his mother, who died when he was very young. Pa, however, is taciturn on the subject and a strict taskmaster as the camp cook. Ben thought he’d be working with the loggers, but finds his long days filled with nonstop kitchen tasks. He gets to talk with the camp dentist, so-called because he sharpens the teeth on the crosscut saws and finds out that this long-time non-bathing logger had courted his mother before she married Pa. He also listens to stories told by another boy who works in the kitchen who had a horribly hard life in the south. Readers will learn the many colorful words used at a logging camp, however, one must ask just who will find this coming-of-age story of any interest or appeal. Careful research does not automatically equal a great story, and an afterword about logging in the United States still doesn’t help this make the cut. (Fiction. 10-12)