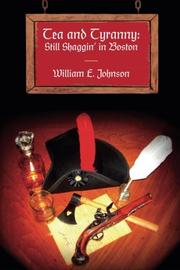 Johnson’s (The Seeds of Love...and War: Still Shaggin’ for a Shillin’, 2009, etc.) most recent historical novel views the American Revolution through the eyes of the Founding Fathers—after tankards of ale and trysts with waterfront doxies.

One of the more impressive and confounding aspects of this novel is the size and scope of its cast. The characters include such real-life luminaries as Samuel Adams, John Hancock and Paul Revere, as well as various fictional workingmen and -women of the Massachusetts Bay Colony, including Big Bessie Clump and Amanda Griffith (of the Bunch of Grapes Tavern and the Snug Harbor Tavern, respectively); candle maker Zeke Teezle; and Amos, an African-American barman. Some 25 characters populate the narrative, most driven by the pursuit of liberty and following the axiom “that men are driven to drink if they are mad, sad, happy or horny.” According to the novel’s opening lines, “the doctrines of liberty and tyranny, superstition and enlightenment, wealth and poverty were clashing.” The overarching plot, framed by the Boston Massacre (1770) and the Boston Tea Party (1773), focuses on the political and economic, as well as the libidinous, tensions of the time. Adams, Hancock and Revere frequent houses of ill repute, away from the prying eyes of Tory spies, as they hatch a plan to oust their Colonial oppressors and the administration of Lt. Gov. Thomas Hutchinson. One intriguing technique they employ is propaganda; for example, when Revere unveils his now-famous engraving of the Boston Massacre, Adams recommends adding “a few musket barrels sticking out of the second story windows” of the local Custom House; Hancock requests that a sign on that building be changed to read “Butcher’s Hall,” a move that another character says “guarantees a noose will be placed around the necks of those redcoats—and perhaps a customs officer for good measure.” However, Johnson’s female characters, and their overexposed décolletage, transform this story of the American Revolution into a Gothic tale reminiscent of a Hammer horror film, in which women with perky bosoms are paired off with bloodthirsty, lusty men. Ultimately, Johnson’s apparent effort to expose the differences between the classes largely consists of filles de joie conspiring to lure the men of Boston into the sack.