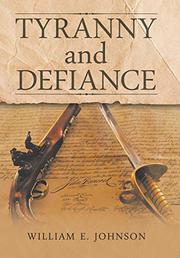 In this debut historical novel, designs for a revolution take shape as unrest grows in Boston.

Johnson’s story opens on the day after the Boston Tea Party in 1773, when American colonists boarded ships in the city’s harbor and threw tea overboard to protest a new tax. Just after dawn, two redcoat soldiers find two faceless bodies bobbing in the water. The author carefully and meticulously examines the fallout from such events and dramatizes both sides of the rising conflict. The top brass of Britain tries to figure out how to extinguish the emergent rebel spirit. The Colonial leaders—figures such as John Adams, Samuel Adams, Paul Revere, and John Hancock—discuss their next moves. The book features 45 chapters; each one is broken into subchapters and stamped with a date and location. Johnson’s favorite place is Snug Harbor Tavern, a pub and brothel. Disgruntled colonists meet there, but agents of Britain use the tavern, too. Zeke Teezle, one such agent, is torn between helping his fellow colonists stir up a rebellion and earning good pay from the crown for spying. The Sons of Liberty have their lofty principles, but at the tavern, colonists abide by a simpler principle: “Shaggin’ for a shillin’.” The author tries to show that the heroes of history had human desires. For example, he depicts Hancock moments after sex with a prostitute: “He was still sweating a bit from the carnal tumble they had just luxuriated in.” The novel is well researched, but Johnson’s inclusive approach to historical details bogs the book down. Every chapter is stuffed with exposition, explanations, and historical minutiae. Sometimes this urge to explain works its way into the dialogue, making it wooden and odd. At one point, Revere asserts: “Not bragging, but I’m probably the best horseman in this area; and that’s what I do…I ride.” Still, the author’s choice to set the tale in this time and place gives it an inherent energy; the work successfully depicts Boston as a pot of unrest about to boil over.

An immersive and rigorous rebellion drama hampered by a plethora of details.