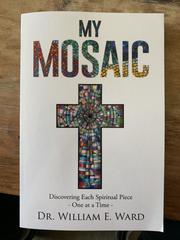 Discovering Each Spiritual Piece One at a Time

A writer reflects on the solace he sought in seminarian life from childhood trauma, and the ways in which the Roman Catholic Church failed him.

Debut author Ward grew up in a drearily chilly household—his mother was violently domineering and his father was a depressive alcoholic who eventually committed suicide. The coldness of his home was often punctured by the vicious beatings his parents delivered—the “angry outbursts and surprise attacks” cultivated an environment of cowed fear. As a result, the author was emotionally tortured and suffered a “dark and dismal” existence. He turned to the Catholic Church for “relief from loneliness and a life without purpose.” He knew he wanted to be a priest since he was 8 years old. At first, when he joined the seminary, he experienced it as his “place of serenity” and the world outside of it the mere “domain of survival.” But he was flummoxed by the lack of spiritual seriousness, the dogmatically rigid adherence to doctrine, and a corrosive environment that was a “breeding ground for sexual pathology.” In his memoir, Ward affectingly relates the grim torment he experienced in his youth as well as his “spiritual evolution” from an enthusiastic Catholic to a principled critic of the church. Ultimately, he came to the conclusion that the church’s obsession with institutional hierarchy was an impediment to its devotion to the spirit of Jesus’ teaching: “I was becoming more and more convinced that the core message of Jesus was being directly eclipsed by the needs and purposes of the organization, the bureaucratic Catholic Church.” In elegant and often stirring prose, intellectually thoughtful but always accessible, the author argues for a more personal understanding of spiritual life, shorn of inelastic doctrinal commitments and the demand for blind obedience to clerical officials. While the crux of Ward’s argument traverses very familiar ground, this is not a mere recounting of his preference for personal over institutional theology. He provides a meticulous argument that the inherent demands of any bureaucratic organization will conflict with a satisfying spiritual life.

A poignantly candid memoir artfully combined with a rigorous critique of institutional religion.