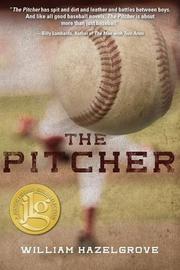 Hazelgrove knits a host of social issues into a difficult but believable tale in which junior high–age Ricky has a gift: He can throw a mean fastball.

Although the story opens with triumph—young Ricky surprises and impresses a carnival barker with his pitching—success generally proves elusive for this son of undocumented immigrants. With an abusive, mostly absent father and racially motivated bullying by teammates and adults, it’s not just Ricky’s pitching in need of a change-up. His supportive, spitfire, Latina mother is seriously ill and without health insurance, his goal of making the high school team is increasingly unlikely, and the litany of obstacles appears otherwise unending. Class issues? Check. Dyslexia? You bet. But Ricky’s first-person voice is entertaining and unflinching; when a drunk, ex-pro pitcher offers surprising assistance, the youngster notes that “we are equipped to handle all the bad shit, you know. But good things are a little trickier.” Given the gritty portrayal of can’t-catch-a-break lives and the cruelty and kindness of people young and old, sophisticated readers might balk at a somewhat implausible solution when Ricky is thrown one final curve before tryouts. But no one will really mind—this kid deserves a break.

An engaging, well-written sports story with plenty of human drama—this one is a solid hit.