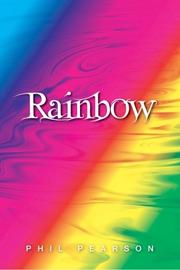 A schoolboy goes on a dangerous adventure to the Brazilian jungle to save a magical plant in this debut children’s tale.

Young Gavin is devastated after his beloved pet gerbil dies, and at school, a bully and a mean substitute teacher, Mrs. Wiseman, don’t improve his spirits. One day, in his backyard, he digs up an unusual plant with metallic leaves and a strawberry-shaped head that talks like a human being, and Gavin calls his new best friend “Rainbow.” Rainbow is lonely and will die if someone doesn’t bring him home to Brazil. It turns out that Mrs. Wiseman’s husband went missing in that country, so she and Gavin, along with her dog, Scrapper, head down to South America. Two villains who want to steal Rainbow sneak along as well, but they’re the least of Gavin’s problems; once he gets to Brazil, he and his companions face many other obstacles, including a rickety rope bridge across a whitewater river and attacks by ants, wild pigs and a water monster. However, Gavin resolves to save Rainbow no matter what it takes. Pearson’s prose is technically polished though perhaps sometimes a bit heavy on action-adventure clichés. Although the concept of a talking plant is a fun one, readers may find other plot points distractingly nonsensical; for example, the two villains knock out a wealthy lord and lady on the way to the airport and then steal their clothes, which allows them to successfully board a plane thus disguised. Gavin’s friendship with Rainbow is also poorly developed; they become best friends overnight, and the reason for the boy’s loyalty goes unexplained. Readers (and their parents) should also be aware that the story contains some violent elements—death included. That said, the story is mostly fast-paced, inventive and unpredictable, and young readers who can suspend disbelief may find much to interest them.

An imaginative and strange tale that could use a bit more plot development.