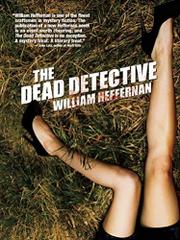 When Harry was ten, and his brother Jimmy six, their mother decided to murder them—an act required, she explained, because she’d asked God to “deliver her sons to His heavenly peace.” Jimmy checked out as planned, but at the last possible moment, Harry was dragged back to life by a couple of CPR-savvy Tampa patrolmen. Years later, a sardonic colleague nicknames Harry, now a cop, the “dead detective,” and it sticks. He proves a natural, cracking cases at an impressive rate. In the homicide unit of the Pinellas County (Florida) sheriff’s department, conventional wisdom maintains that the dead detective converses with the deceased, and in a sense he does. Staring down at the corpse of Darlene Beckett, for instance, he can lock onto the disbelief that preceded terror at the instant of her death. It’s as if she’s found a posthumous way to communicate a sequence of emotions only Harry is privy to. As it turns out, Darlene Beckett’s is no ordinary case. Stunningly beautiful, she was also infamous, a convicted child-abuser. Harry, of course, has a special, painfully complex connection to that kind of woman. Will it help or hinder him now?

After a lengthy hiatus, Edgar-winner Heffernan (A Time Gone By, 2003, etc.) makes a welcome return. Though the plotting shows some rust here and there, tough, troubled Harry Doyle will keep readers in line.