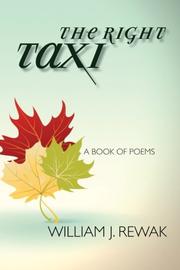 A Jesuit priest and educator offers observations on the large and small, the divine and human, in this series of brief free verse poems.

As a Jesuit priest with a Ph.D. in literature, Rewak has all the qualifications to deliver a bookish, esoteric and sanctimonious debut. He could wax on about Milton or drop in an obscure metrical line about the glory and vengeance of God. Thank God he doesn’t. Instead, he delivers what one might imagine as a departure from his day job. His succinct poems (few surpass 200 words) are understated and sometimes even playful as they bound between observations on memory, fantasy and ultimate delivery. The author pays tribute to family members, friends and, repeatedly, the nebulous origins of inspiration and, in its absence, wordless boredom. His tips of the cap, however, are subtle: a math equation, cornfield or ticket stub. As he weaves farther in and out of projections and microcosms, the references tiptoe into weirder waters. Sir Gawain and a rhino drink martinis in separate poems. In another, an egret orders pasta. The animal motif all but fills the book’s last third with the often-anthropomorphized hosts: owls, raccoons, porcupines, llamas and bees. Whether man, beast or spirit, the center of Rewak’s poems carry gentle points on life, death and spirituality that ease their way into print. He has a charming tendency to take long pulls on ideas before punctuating them with terse and tasteful endpoints. It builds a reassuring rhythm rarely broken, though it can occasionally make the trip’s destination seem imprecise. Nevertheless, the collection’s meanderings rarely stall. The magical realism of Rewak’s voice helps to set his poems in the footholds of his disciplines: between the magic of spiritualism and the mirror that literature holds to odd, old reality.