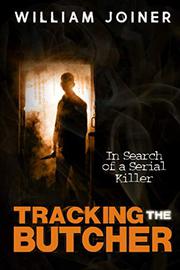 In Search of a Serial Killer

In Joiner’s (Hardened Hearts, 2018, etc.) thriller, a serial murderer stalks victims in Los Angeles while taunting one of the detectives investigating the crimes.

Police Lt. Elgie Reynolds has been on desk duty for three months, following a suspension and treatment for alcoholism. His first case back in the field involves a sex worker who narrowly survived a vicious stabbing attack. It turns out that the unknown assailant’s unique pattern of attack—20 shallow wounds and two deep one—appeared in a West Hollywood murder case two weeks earlier. Cops suspect that it’s the work of a serial killer whom Reynolds ultimately dubs “the Butcher.” The killer sends a letter to a TV news station, implying impending murders and specifically mentioning lead investigator Reynolds. More victims do indeed turn up, but although the Butcher’s first two targets were sex workers, the new ones are unfaithful spouses. The Los Angeles Police Department creates a task force, but Reynolds’ superiors enlist another detective to take over the case. However, the Butcher has been regularly calling Reynolds to boast of his crimes, and he stays focused on the lieutenant. The cop has a hunch about the killer’s identity, but finding proof won’t be easy. The majority of Joiner’s novel consists of dialogue, which befits the story; after all, a procedural requires detectives to discuss the ongoing case at length. However, many exchanges feel unnecessarily stilted. Even a simple phone call can contain a good deal of filler, including repetitive greetings: “ ‘Hello, Lieutenant Reynolds?’ ‘Yes, this is Lieutenant Reynolds.’ ” Still, Joiner ensures that all the discourse is comprehensible, and that the characters are distinctive; Reynolds’ wife, Vanessa, for example, relates to a surviving victim by divulging a past trauma, and Lt. Rodney Gray annoys his fellow detectives with his excessive baseball metaphors. The mystery itself is sound, with a convincing and memorably unsettling wrap-up.