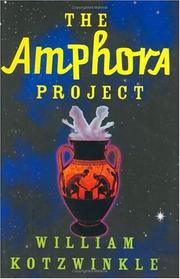 Science fiction with a humorous bent, and the first adult novel in over a decade from the author of The Game of Thirty (1994, etc).

Hidden inside Junk Moon, a riotous cosmic scrap heap where dead spaceships go, lie the tunnels, machines, scientists and robots of the Amphora Project. Overseen in deadly secret by the Consortium, using technology adapted from the vanished, god-like Ancient Aliens, creatures who also made the hyperspace Corridor that allows navigation from star to star, Amphora’s purpose is human immortality. Wisecracking space pirate Jockey Oldcastle gets wind of the project and invites some friends along to investigate: Jockey’s scaly sidekick, Lizardo, inoffensive insect expert Adrian Link and his robot assistant, Upquark, and gorgeous alien singer Ren Ixen. Ren likes Adrian, but Adrian just drones on about his beloved insects: Incapable of forming human relationships, he intuitively understands insect behavior and communications. Using stolen plans to gain entry to the tunnels, Jockey and company force one of the scientists to demonstrate the equipment; unfortunately, the scientist turns into crystal. Jockey, Adrian and the rest flee in various directions, pursued by agents of the Autonomous Observer. But now all sorts of people on the moon are also turning to crystal, including the entire Consortium. The Observer’s challenge is to stop the crystallization process before it engulfs everyone. Adrian’s intuition tells him that neither the project nor its machinery are responsible; instead, blind insect-like aliens from another dimension surreptitiously guided Amphora’s creation so that they can invade our dimension and steal our energy. Can Adrian and friends respond in time?

Despite sometimes trying a little too hard: frothy, sassy entertainment.