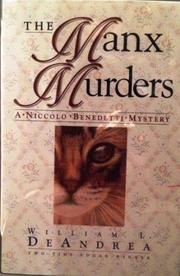 It's hard to stay busy when you're a philosopher of evil whose theories are based exclusively on the face-to-face study of serial killers, so it's not surprising when Professor Niccolo Benedetti (The Werewolf Murder, 1992, etc.) intervenes in the feud between Clyde and Henry Pembroke, twin government contractors who can't agree to release specifications on a revolutionary new smokescrubber one of their employees has invented. Benedetti's initial reluctance to intercede—overcome when he hears that somebody has mysteriously driven all the birds from bird-watching Henry's estate—presumably indicates that he knows what his creator, despite his protests to the contrary, has evidently forgotten: This case is outside his bailiwick. Fortunately, the banishing of the birds is followed by events the professor feels more at home with when Clyde is kidnapped and killed by a coy abductor, who strangles him less than an hour before his ice-cream maker nephew Chip arrives with the million-dollar ransom—and then doesn't even touch the money. One more last-minute murder, one adorable cat (brother Henry, of course, is a cat fancier), and no more mystery will follow. If you're counting clues, you'll find this puzzle ingenious, fair (almost too fair—it's easier to solve than the average crossword), but also so thinly imagined, it's instantly forgettable.