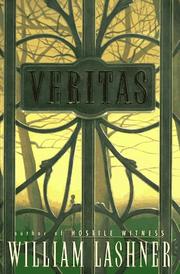 Victor Carl (Hostile Witness, 1995), defender of Philadelphia's biggest crooks, is still chasing the big score- -this time through the jungles of Belize—but he pauses long enough to explain how it turned out this way. And what an extravagant tale it is. Asked by histrionic megamillionaire pickle heiress Caroline Shaw to prove her sister Jackie didn't hang herself but was murdered, Victor agrees to pursue the case, but only as part of a contract for a wrongful- death suit that will guarantee him a fabulous percentage. Though she won't sign the contract, Caroline offers everything else, from access to her mad family rotting in a decaying mansion called Veritas—a covey of pansexuals who take turns trying to seduce Victor—to the ripe pleasures of her own tattooed, pierced, branded body. But this garden of earthly delights is overrun with snakes. There's the persistent rumor that Caroline's great-grandfather, Claudius Reddman, stole the pickle company from its founder, Elisha Poole, whose heirs have sworn vengeance. There's the discovery of generations-old skeletons in the family closets of Veritas. There's Jackie's $5 million insurance policy, which she signed over to a religious cult whose followers include a pair of transcendental mobsters eager for an earthly payoff. And there's her brother Eddie's indebtedness to a bookie who gets caught in the crossfire between two mob bosses battling for control of the city's rackets. Since Victor's secretly setting up Peter Cressi, another in his endless chain of lowlife clients, for godfather Enrico Raffaello, he ends up getting shot at, too. Amid all this preposterously inventive plotting, Lashner still finds time for cameos of a knowing gardener, a wounded doughboy, an accountant with the soul of a rabbi, a key witness who collects strangers' soiled haberdashery, and a dozen other refugees from gothic melodrama. Deliriously overstuffed extralegal intrigue—though the story moves with a self-approving gravity that suggests a serious weight problem. (First printing of 75,000; $125,000 ad/promo)